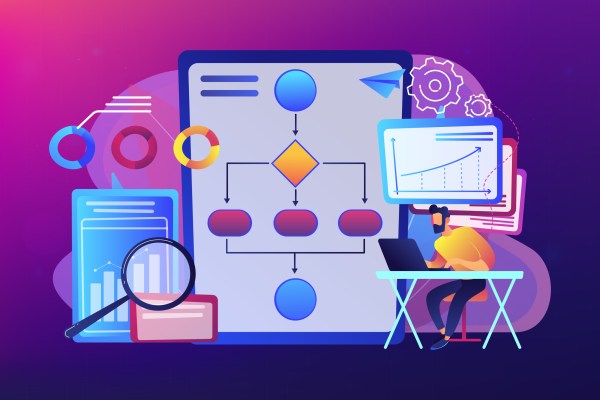 Celonis, the process mapping startup, has been on a nice run the last several years, forging significant partnerships with IBM and ServiceNow, while announcing a $1 billion Series D last June on a massive $11 billion valuation.

With that kind of capitalization, the company decided to expand its reach today when it announced the acquisition of Process Analytics Factory (PAF) for $100 million. Celonis gets an eight-year-old German company with expertise in process mapping the Microsoft ecosystem, which should help Celonis move into that space.

Celonis CEO and co-founder Alexander Rinke said that his company has carved out a big role in the automated workflow ecosystem, figuring out how work moves in an automated fashion to help point out inefficiencies and look for ways to make work flow more smoothly through the organization. He says that includes automation, collaboration and virtual platforms.

“Obviously, a big part of that is Microsoft with Microsoft Teams and Microsoft Office. So we acquired PAF to enable that and bring the unique insights and targeted actions we provide to Microsoft users,” Rinke said.

PAF founder and CEO Tobias Rother gave the familiar argument that the two companies will be better together. “This combination leverages the strength of Celonis market leadership with the foundation that PAF has created in the Microsoft Power Platform. This allows our companies to build the bridge between the Microsoft Power Platform and the Celonis Execution Management System,” he said in a statement.

PAF launched in 2014 with the goal of embedding process mining insights into the Microsoft platform. “They have a huge head start in this space, and we thought if we can bring this functionality into the Celonis world, there will be a huge benefit for their customers, our customers and prospects. And for everybody who uses Microsoft,” Rinke said.

As he points out, that’s just about everybody in his target market. In fact, 97% of the Fortune 500 use Microsoft Office.

The company has been on a roll in recent years, forging relationships with much larger companies like IBM, SAP and ServiceNow, while also building a large presence with consulting firms like Deloitte, Accenture and WiPro, among many others. All of this is driving sales and the massive valuation.

It has also made several strategic acquisitions like today’s. PAF represents the fourth acquisition for the company. Rinke said the deal closed at the end of last year, and they are in the process of building the PAF functionality into the broader Celonis platform. The plan is to roll that out in May. The deal included 30 employees coming over to Celonis. The company should hit 3,000 employees some time later this year.

Celonis launched in 2011 and raised $1.4 billion, according to Crunchbase data. While the company has ambitions to go public at some point, Rinke was not ready to commit to any timeline.

PrevPreviousMarine Communication Market is Anticipated to Progress At a CAGR of 7.8% 2022 – 2032 – Market Research Blog
NextTatcha’s Founder Shares the Unusual Advice She Received From a Zen MonkNext