Wherever we are in the journey of navigating a pandemic, remote work is still hot. Electric, one of the many companies making it easier for organizations to work remotely, has capitalized on this trend so much in the past couple years that it’s now a unicorn.

Founder and CEO Ryan Denehy told TechCrunch that the startup has raised $20 million in what it’s calling a Series D-1 from Harmonic Growth Partners, Bessemer, Greenspring and others.

This raise, which comes just five months after the raise of a $90 million Series D, was at a slightly higher price than the last one and brings the valuation to $1 billion post-money.

Electric provides IT infrastructure to SMBs to take care of most of the grunt work of the IT department, such as deploying new hardware, keeping all machines and licenses compliant, granting and revoking permissions, etc. This means that a company can theoretically have just one proper IT person, or contract it out, for any troubleshooting issues or non-administrative work. 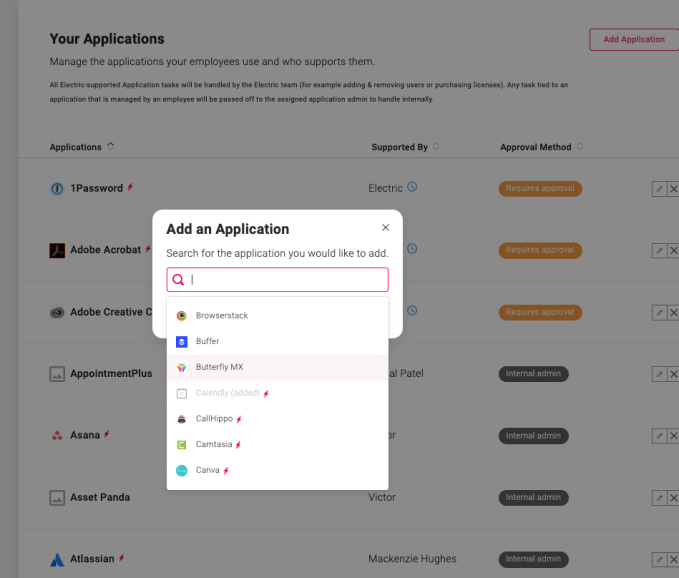 Denehy has been raising money aggressively for Electric as the pandemic fueled usage and adoption of its product. The result of the capital raises and favorable market conditions has been rapid growth. In 2021, Electric said that it doubled users and revenue, leading to annual recurring revenue (ARR) expansion from $17 million in 2020 to $38 million last year, or 124%.

Even more, the company said that it on track to roughly double again this year, bringing its ARR to $70 million or more in 2022, according to Denehy.

Because Electric was willing to share hard revenue numbers and targets, the company has provided is a clear window into the current state of unicorn valuations. At $38 million ARR and a $1 billion valuation, Electric is worth around 26x its present-day ARR. That’s lower than the multiple range that many startups raised at during 2021’s go-go fundraising climate.

But things get even more interesting if we consider that the company is likely well capitalized, and thus won’t need to raise again this year. That means that Electric may close out 2022 with, say, $70 million ARR and the same $1 billion price tag. At that revenue scale and valuation, Electric would be worth just over 14x its ARR, a multiple that given its loosely three-figure growth rates feels cheap, even at today’s more limited market prices.

Electric confirmed that it raised this capital at a higher price. Our read, then, is that it didn’t scale its value so richly in the process that it could find itself in a pickle when it looks for more capital in the future. Indeed, if the company can hit its 2022 growth targets, it’s going to look cheap heading into 2023, putting in a good place to raise more capital if it wants or needs to, and keep its growth humming.

“I wanted us to expand our goals beyond the initiatives that we based the Series D around,” said Denehy. “In this market, I want us to be as aggressive as we want to be without impacting runway.”

Denehy expanded on his plans, sharing a few product initiatives that are in the works for this year.

First, Electric is working on a lightweight version of the product that can be purchased and deployed through self sign-up. Building off of that, the company is also working on a self-service marketplace, allowing clients to purchase add-ons or other software (like anti-virus) from Electric.

The company would also like to get proactive with its product and deliver IT insights to customers, offering recommendations to help customers make decisions around security, new technology products and software updates.

Moreover, the extra $20 million will help Electric do more (and larger) M&A deals. Thus far, Electric has acquired Sinu and TechVera, according to CrunchBase.