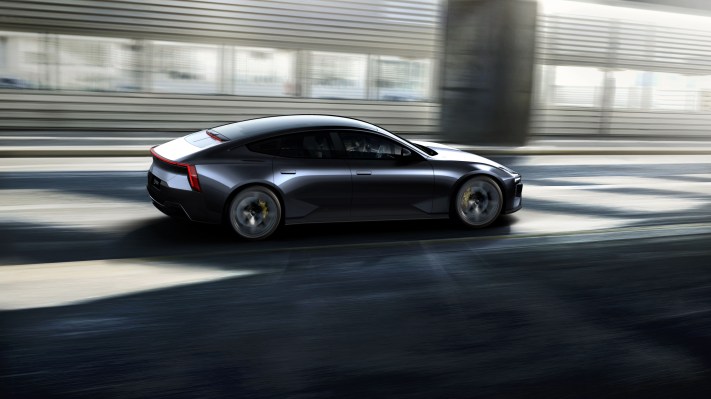 The Polestar Precept sedan — the concept vehicle turned production project — has a new name and an official launch date. The company, the electric performance brand that spun out from Volvo Car Group, has dubbed the shark-nosed sedan Polestar 5 and announced it will go into production in 2024.

When Polestar first revealed the Precept in early 2020 it was viewed as a mere concept car, albeit a striking one meant to signal where this new company was headed. By September that same year, Polestar announced the Precept would be headed to production. At the time, Polestar didn’t indicate when that might happen beyond a vague sometime “before 2025.”

Since then, Polestar has been trickling out teasers and a few details of its Precept sedan, including a couple of YouTube videos meant to give an inside look at the entire design, development and presumably the production process. Polestar’s newest video focuses on what inspired the exterior design.

The video spends the bulk of its near 4-minute time with Nahum Escobedo, the exterior design manager of the Precept. So what inspired the sharp exterior lines? Sharks and airplanes — at least partially, Escobedo said. 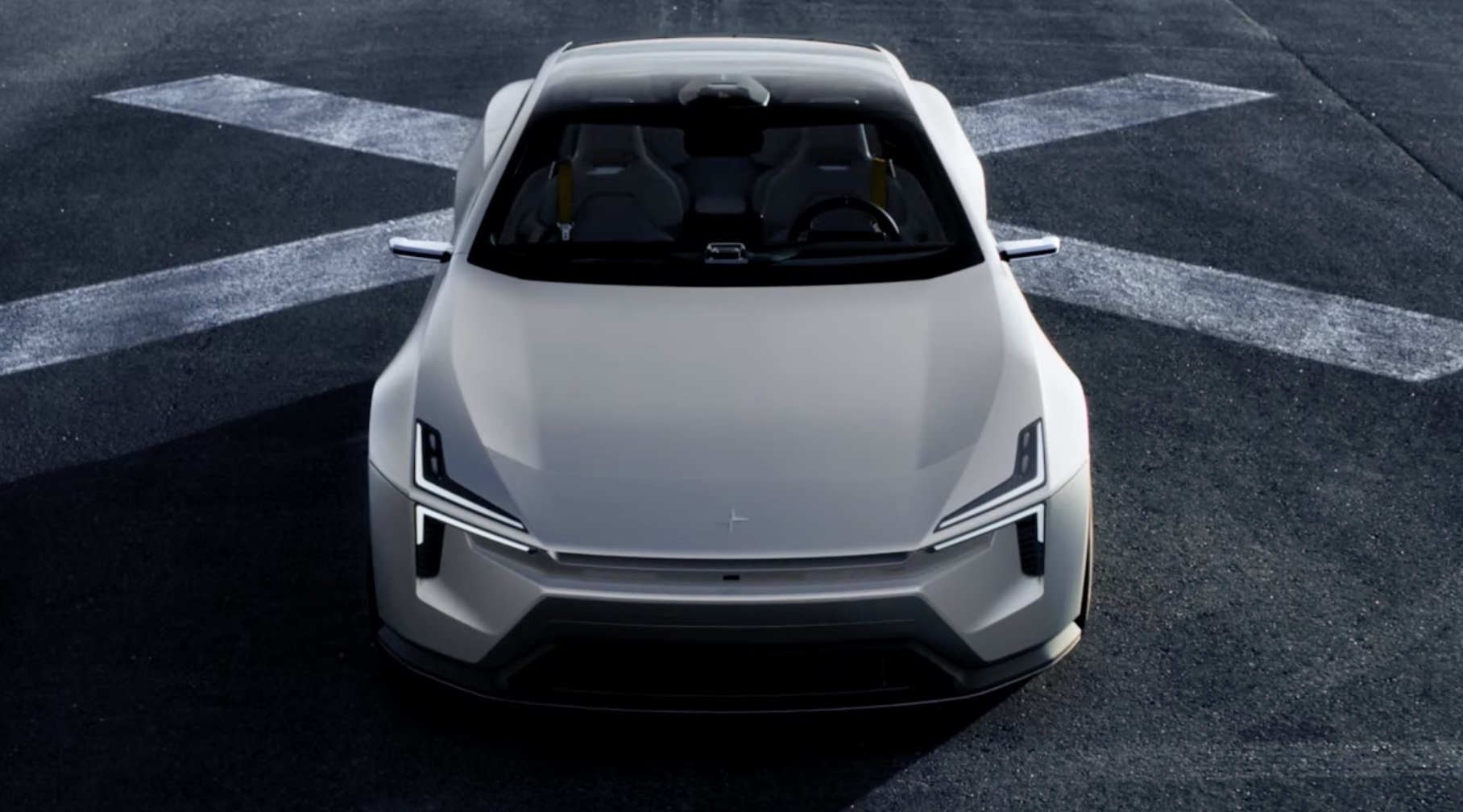 “For this project we also wanted something that was very elegant, but also something that has a certain speed,” he says in the video. “So for me, the shark had this certain feeling.”

The dramatic rear end of the Polestar 5 shows the long aero blade light, another early design feature that appears to be sticking around for the production version. 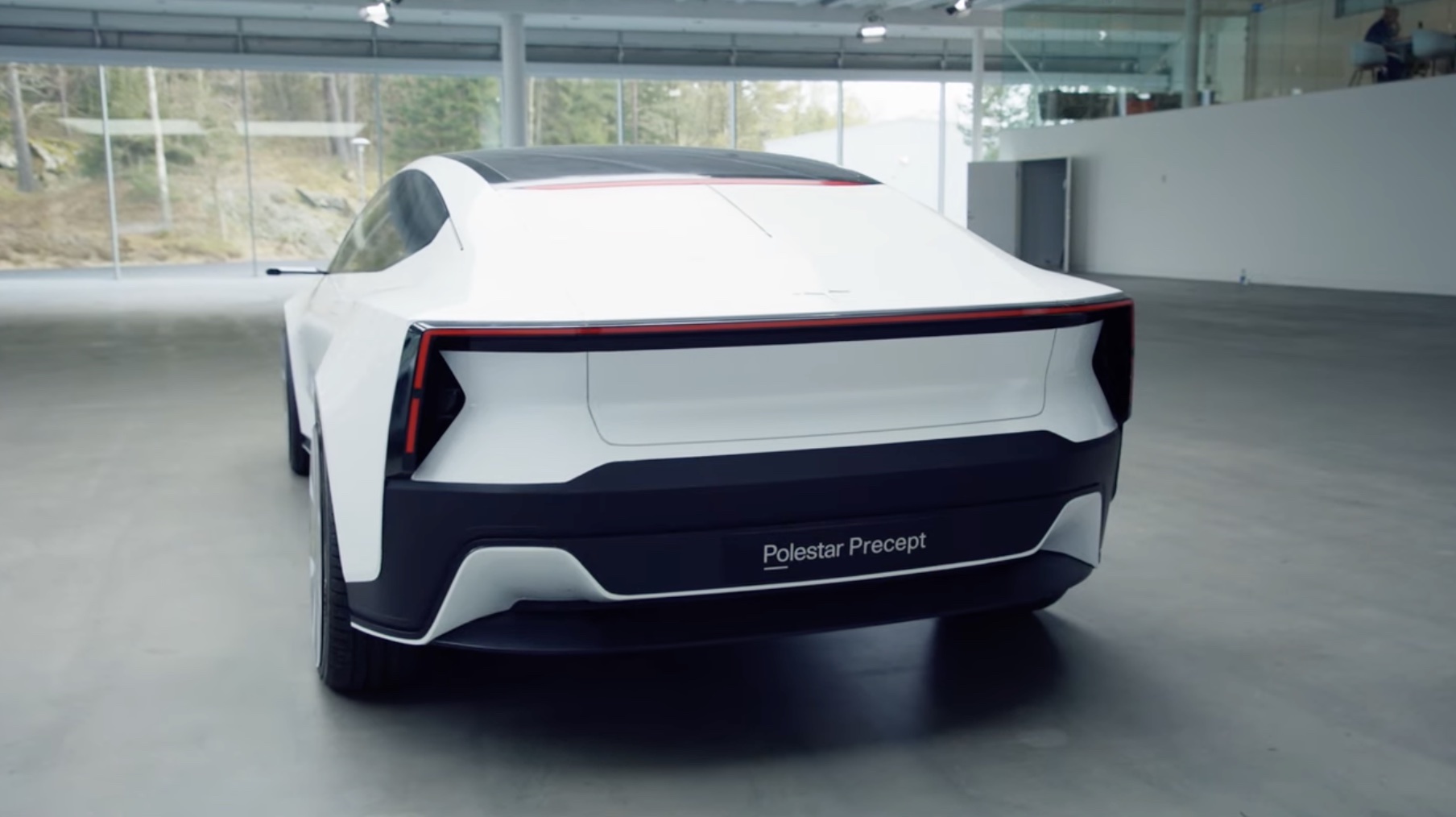 Polestar did not share any specs like battery range or the powertrain in this new video. We do know it will follow the Polestar 3, an all-electric SUV, is expected to go into production in 2022.

Polestar’s first production vehicle was the plug-inn hybrid grand tourer Polestar 1. The all-electric Polestar 2 sedan followed in 2020. No word yet on what Polestar 4 is — assuming the company will continue with the numeric nomenclature.

The latest insight into Polestar 5, the electric vehicle formally known as the Precept, follows two major expansion and financial moves by the company earlier this year. Polestar announced in late September it reached an agreement to go public via a merger with special purpose acquisition with Gores Guggenheim Inc. in a deal that is expected to value the combined company $20 billion. Once the merger closes, the combined company will be held by a new public company named Polestar Automotive Holding UK Limited. The company is expected to be listed on Nasdaq under the ticker symbol “PSNY.”

In June, the company announced it will manufacture the Polestar 3 in the United States. The Polestar 3 will be assembled at a plant shared with Volvo Cars at a factory in Ridgeville, South Carolina. Production of Polestar 3 is expected to begin globally in 2022.

PrevPreviousWays to tell a good business story
NextSmall Business Saturday 2021: What You Need to KnowNext