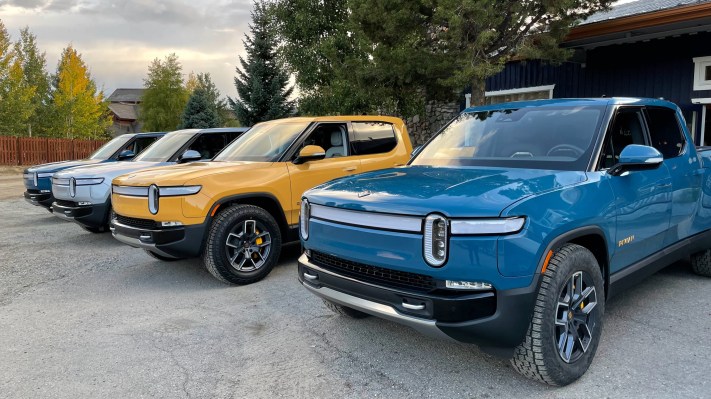 Rivian will use some of the $13.7 billion it raised when it publicly listed its shares to build a second factory in Georgia that has double the capacity of its plant in Illinois.

The company, which made the announced Thursday as part of its first earnings report, said the funds will be used to expand production capacity of its Normal, Illinois factory from 150,000 to 200,000 electric vehicles a year. Its second factory will be built east of Atlanta in Morgan and Walton counties and will have a targeted annual production capacity of 400,000 vehicles a year.

This Georgia factory will include a co-located battery cell production. Construction will begin in summer 2022 with production beginning in 2024. The company said in its shareholder letter that it picked the site due to the combination of sustainable business operations, talent pool, and proximity to supply chain and logistics.

“As we look ahead, our Georgia facility will be critically important to our objective to accelerate the large-scale adoption of sustainable transportation,” the letter said, adding that the facility will be used for our next generation of vehicles.

In the near-term, that capital will also be used to design and develop its next generation of vehicles. To date, Rivian has three vehicles: the R1T pickup and R1S SUV, which are aimed at consumers, and its commercial van. Amazon, which holds more than 20% of Rivian stock, is the company’s first commercial van customer with an initial 100,000 vehicle order.

Rivian will also invest heavily in vertical integration, which follows the company and its founder and CEO RJ Scaringe’s strategy over the past several years. Specifically, Rivian intends to invest in battery technology across the value chain, including battery cell chemistry development, raw material sourcing, and in-house cell manufacturing, the company said in its shareholder letter. A look at one graphic in its shareholder letter illustrates those vertical integration ambitions. 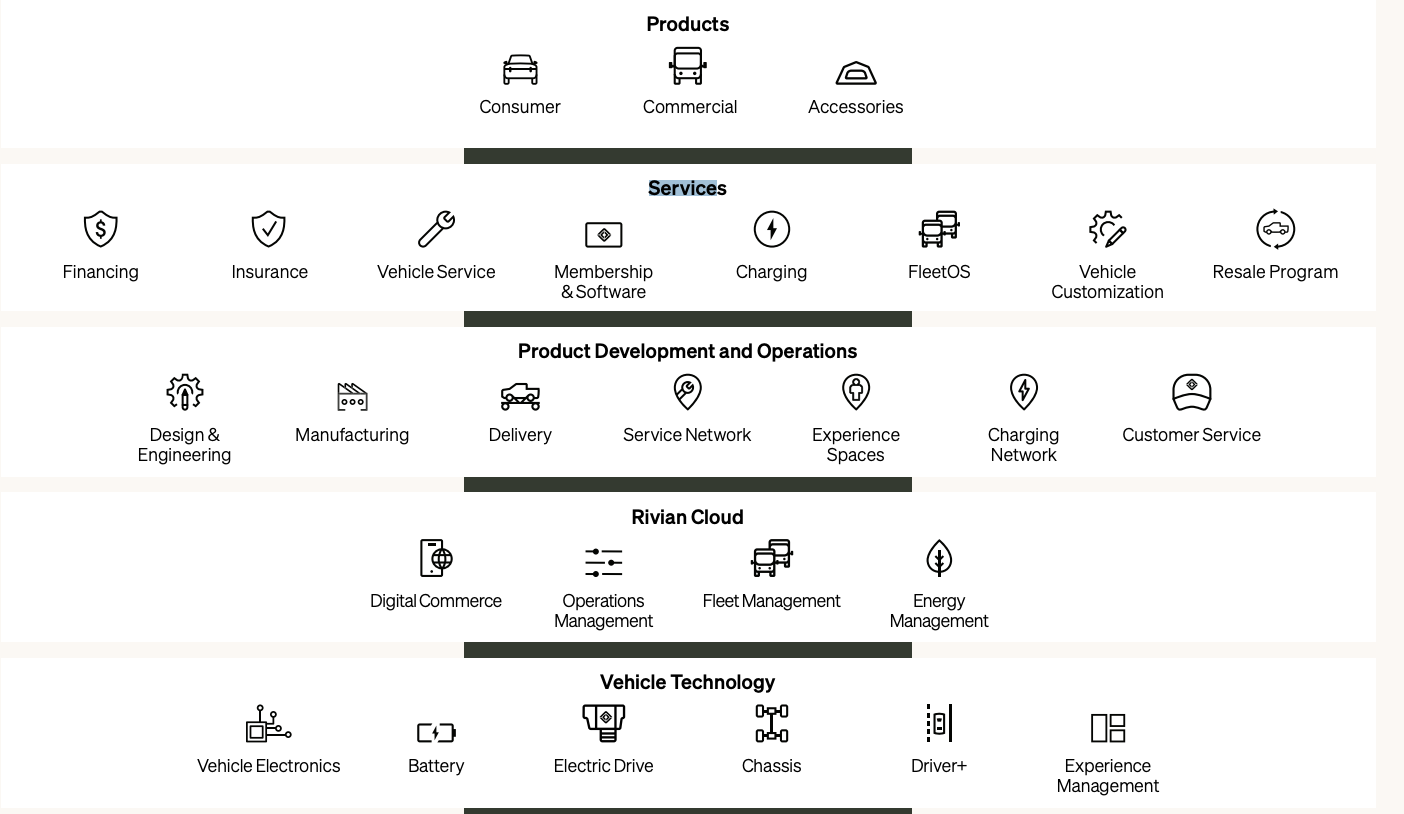 The electric drive system will be another investment priority, according to the shareholder letter. The aim, the company said, is to advance its “in-house family of future drive units offering higher performance, improved packaging, and lower cost.”

Generating sales is of course at the top of the to-do list, which Rivian plans to increase by continuing to invest in customer engagement and experiences, including its “experience spaces,” the Rivian membership program for consumers and its digital fleet management software that is branded FleetOS for its commercial customers.

Rivian outlined plans to build out its vehicle service and charging infrastructure. By the end of the year, Rivian said it will have more than 60 mobile service vans in service and eight service centers located in California, Colorado, Illinois, New York, Utah, and Washington.