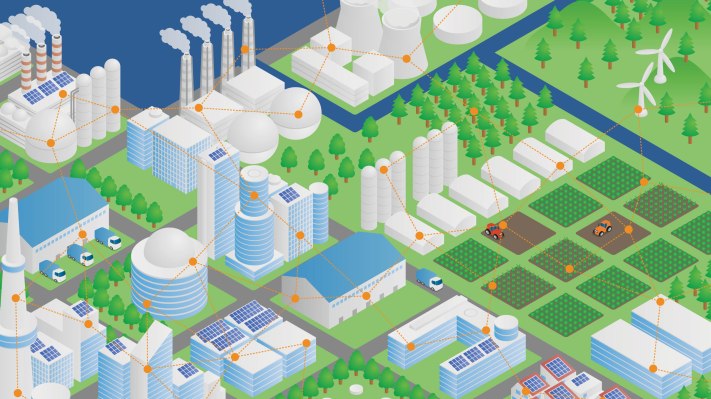 Greenlabs, a South Korean agtech startup, announced this week it has closed a $140 million Series C led by BlueRun Ventures, with participation from Skylake Incuvest and SK Square.

The startup plans to use the Series C, which brings its total raised to $170 million to date, to expedite its global expansion, make acquisitions and increase its headcount, Charlie Sanghoon Shin, co-founder and CEO of Greenlabs, told TechCrunch. Greenlabs’ pre-money valuation was around $700 million, according to a source familiar with the situation.

Greenlabs, founded in 2017 by Scott Sungwoo Choi, Shin and Luke Donghyun Ahn, wants to digitize the entire value chain of agriculture space from crop production to distribution with a mission to address the global food supply problem in a sustainable way.

The Seoul-based firm has expanded to China and Vietnam with its smart farm technologies since 2021. It also plans to penetrate to other overseas countries this year by forming strategic partnerships with local agtech and foodtech players, which play similar strategies to Greenlabs, Shin said. Also, the startup is open for collaboration to speed up the process of resolving the global food supply problems, Shin added.

Its comparable peers include Farmers Business Network, Climate Corporation, Indigo Ag and Ninjacart in the global market, the company said.

“Greenlabs has quickly realized the digital agriculture through Farm Morning and Sinsun Market services in Korea, and we are all well poised to become a unicorn within five years since the foundation. We hope to contribute to resolving the global food supply system issues with other like-minded players,” Shin said.

PrevPreviousGaucher and Pompe Diseases Enzyme Replacement Therapy (ERT) Market 2022 Key Players, SWOT Analysis, Key Indicators and Forecast to 2030
NextHere’s What to Do if Your Cross-Functional Teams Are FailingNext