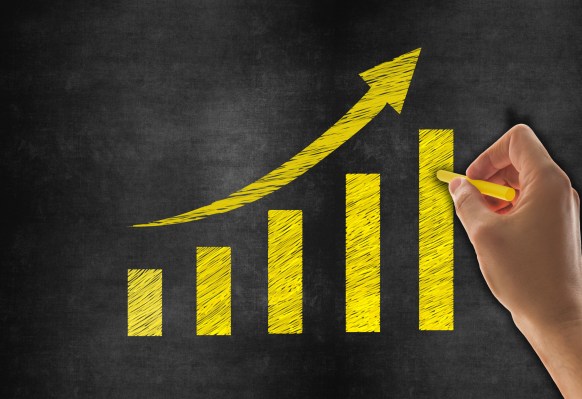 After 14 years, it’s hard to keep calling Egnyte a startup. It’s more a wily veteran private company with steady growth, one that might have taken 12 years to reach $100 million in ARR, but took just two more to reach $150 million. It could surpass $200 million this year, and Egnyte CEO and co-founder Vineet Jain says that its next milestone could be an IPO.

Like most CEOs, he’s vague on the timing of such an event, but he believes that it’s coming at some point, possibly this year. Jain told TechCrunch that in the last year or two he has had interest from companies wanting to take him public via a SPAC or private equity firms, who would feast on a SaaS company with 35%-40% growth, wanting to scoop him up, but that is not the direction he wants to take. He wants very badly to become a traditional public company whenever the timing is right.

“It’s mainly the macroeconomic conditions that can impact when you go public. If the market is frozen, it doesn’t matter what your financials are, but I am absolutely committed to going public,” he said. A big part of that is that he wants to pay back the people who have stood by him — early investors and employees who have patiently watched the company grow slowly, but steadily without taking short cuts.

There’s also a personal reason why he wants to do it. He says as an immigrant who came to the U.S. in 1993, he sees building a successful company that enters the public markets as a huge milestone for him personally. “I still wear that immigrant chip on my shoulder. I want to take a company public. I want to put a stamp on the middle of my forehead to say this guy could take a company public after building it from scratch, and he built a great public company,” he said.

Jain has always taken pride in building a financially responsible company with steady growth, while avoiding the cash burn we have seen some companies spending to drive fast growth. And he says he is starting to see more alignment with that approach from investors, especially as we find ourselves in a more volatile market. “[More recently], I’m seeing a major shift where our fiscal prudence is getting more recognition than ever before.”

“I’m building a fiscally responsible growth company. I’m not a high flier where I might start with 90% or 70% [growth that will] keep going down. My growth rate is accelerating ARR-wise, growing from 18% to 26% to 30%, and it’s going to go higher. That story is getting a lot of [attention],” he said.

Egnyte has been fueling its growth in recent years by adding a layer of security and governance tooling on top of its content storage and collaboration products on which the company was originally built. Over the last several years the company has found success with that combination, especially in three key verticals — life science, construction and financial services. Those three categories have been driving the company’s growth with a three-year ARR compound annual growth rate of 59%, 29% and 24%, respectively.

He said for now he is not tempted to expand that vertical strategy beyond adding a government vertical some time in the next year. He said they are working on achieving FedRamp certification ahead of that goal. There are also plans to create products designed specifically for these verticals to continue pushing the growth.

Egnyte is an unusual SaaS company. It has been built with slow and steady growth into a viable company with growing revenue that could hit $200 million in ARR this year. That kind of balanced and low-risk approach could prove attractive to public market investors whenever the company chooses to go public.